A 56‐year‐old woman presented to the emergency room with left ear pain with sanguineous drainage for 2 days. She had a history of biopsy‐proven benign left ear mass 1 year prior, but was lost to follow‐up. She was febrile, tachycardic, hypertensive, and had leukocytosis. Initial management included volume resuscitation, analgesics and acetaminophen, and vital signs normalized. ENT was consulted and performed micro‐otoscopy, noting purulence and a large left‐sided mass in the external auditory canal with obstruction. Ciprodex drops, amoxicillin‐clavulanate, outpatient CT, and follow‐up were recommended. Laboratory studies were drawn and she was discharged. Two days later, 2 of 2 blood cultures grew gram‐negative bacilli. Patient was called to return to the ER and was admitted to the GPU. On readmission, physical examination revealed left facial edema, particularly at the angle of the left mandible and preauricular area; she had tenderness to palpation of the left mastoid and helix and diminished auditory acuity on the left side. Otoscopy on the left revealed a gray mass that completely occluded the external auditory canal. Brain MRI showed mastoiditis with abscess formation, meningeal enhancement overlying the mastoid and tympanic tegmen and thrombus formation in the left transverse sigmoid junction. The patient was started on an empiric regimen of intravenous ampicillin/sulbactam and metronidazole and was taken for canalplasty, mastoidectomy, and resection of the left ear mass. Prevotella species were isolated from blood cultures. Antibiotic therapy was refined to intravenous ampicillin/sulbactam, and the left facial edema completely resolved within 48 hours. Pathology from the left‐sided ear mass showed cholesteatoma, and pathologic cultures grew nonhemolytic Streptococcus, Corynebacterium, and Bacterioides. The patient was discharged with intravenous ertapenem therapy for 6 weeks. At follow‐up 1 month after her presentation, she noted complete resolution of her symptoms and no auditory deficits.

Cholesteatomas are a rare finding in adults, but are most frequently considered benign. In this case, since follow‐up was absent, continued growth and obstruction of the external auditory canal occurred, causing purulent otitis externa, mastoiditis, septic thrombophlebitis, and bacteremia. Prevotella is a species that is usually found in association with head and neck infections, but is a rare cause of bacteremia in healthy adults and is usually associated with dental manipulation. This case is an example of serious complications from when a seemingly benign condition goes unrecognized or untreated.

Cholesteatomas are generally thought of as benign but can lead to worrisome complications, including mastoiditis, septic thrombophlebitis, and sepsis if left untreated over time. Prompt recognition and immediate treatment can lead to complete resolution with no permanent sequelae. 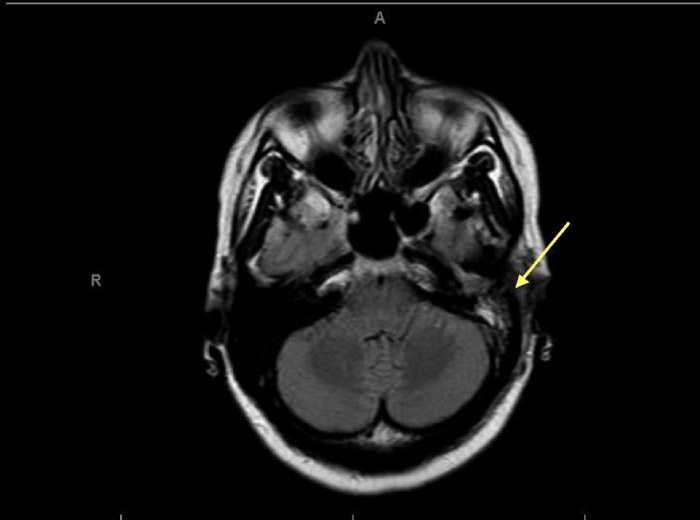 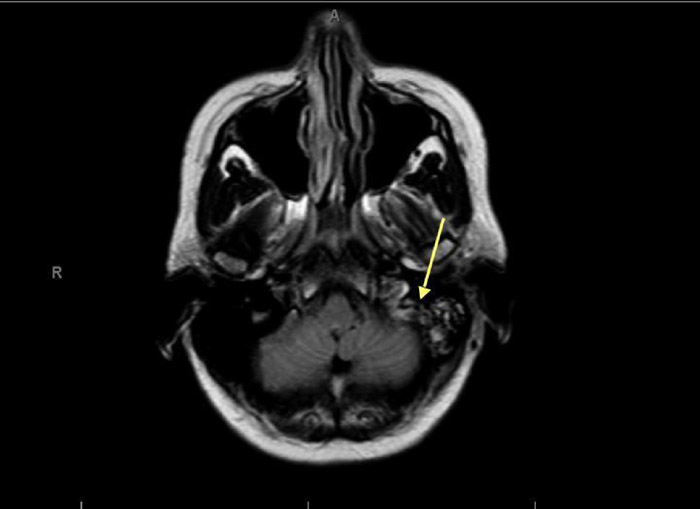