Case Presentation: Progressive dysphagia associated with weight loss is usually related to upper gastrointestinal cancer. As a differential diagnosis, fungal infections may present with a similar clinical presentation due to upper GI lesions. Paracoccidioidomycosis (PCM) infection is a systemic granulomatous disease caused by the fungi Paracoccidioides brasiliensis, especially important in rural areas of Latin America. Lesions may be found in the upper respiratory tract, upper GI, lungs and adrenal glands.
We report a case of a 53-year-old woman, with no previous medical history, presenting with progressive dysphagia during the last 5 years associated with weight loss of 20 kilograms. She was first referred to a cancer center after an upper GI series revealed a narrowing (substenosis) in the distal portion of the esophagus (image). During investigation, an upper GI endoscopy revealed a 4-centimeter infiltrative ulcerous lesion in the distal part of the esophagus, compatible with neoplasia findings. A CT scan revealed a distal esophageal infiltrative lesion and a ground-glass opacity at left lung base. Nevertheless, microscopic pathology examination of the mass revealed a PCM infection and no evidence of neoplasia (image). The patient had poor tolerance to an initial regimen with oral itraconazole and was then transferred to an inpatient Internal Medicine setting. Treatment was resumed with intravenous sulfamethoxazole-trimethoprim associated with endoscopic dilation. After weight gain and improvement of the basal dysphagia, she was discharged with oral treatment and plan for additional endoscopic dilation sessions.

Discussion: PCM infection is usually an agricultural worker disease acquired through inhalation of dust. Its clinical presentation may be acute or chronic, affecting mainly men between the ages of 30 and 60 years, with cough, dyspnea, dysphagia, odynophagia, and hoarseness. Diagnosis should be suspected according to symptoms and epidemiology and is confirmed through microscopic visualization of fungal elements and/or culture. Lesions in the lungs are the most common; while esophageal are rare.

The patient had a history of working in agriculture until she was 18 years old, and even though about 30 years had passed by, her previous occupation may have been the period when she acquired the fungi. Although she did not have additional risk factors for GI cancer, she was first referred to a cancer center, due to clinical presentation mimicking an upper GI neoplasia, such as esophageal cancer. Only after pathology analysis evidencing the presence of PCM yeasts, and absence of neoplasia, this differential diagnosis was considered.

Paracoccidioides brasiliensis is sensible to most antifungal regimens; itraconazole is frequently used as first-line treatment. In this case, a decision of using intravenous sulfamethoxazole-trimethoprim was made due to her dysphagia and thus difficulty to accept oral treatment options. Endoscopic dilation is important in treatment to attempt a gain of esophageal functionality and resolution of symptoms.

Conclusions: Esophageal lesions are a rare presentation of PCM infection; however, this condition should be considered in the differential diagnosis of patients with progressive dysphagia, especially in Latin America and agriculture workers in Brazil. Sometimes, when you hear hoofbeats, it may be actually a zebra. 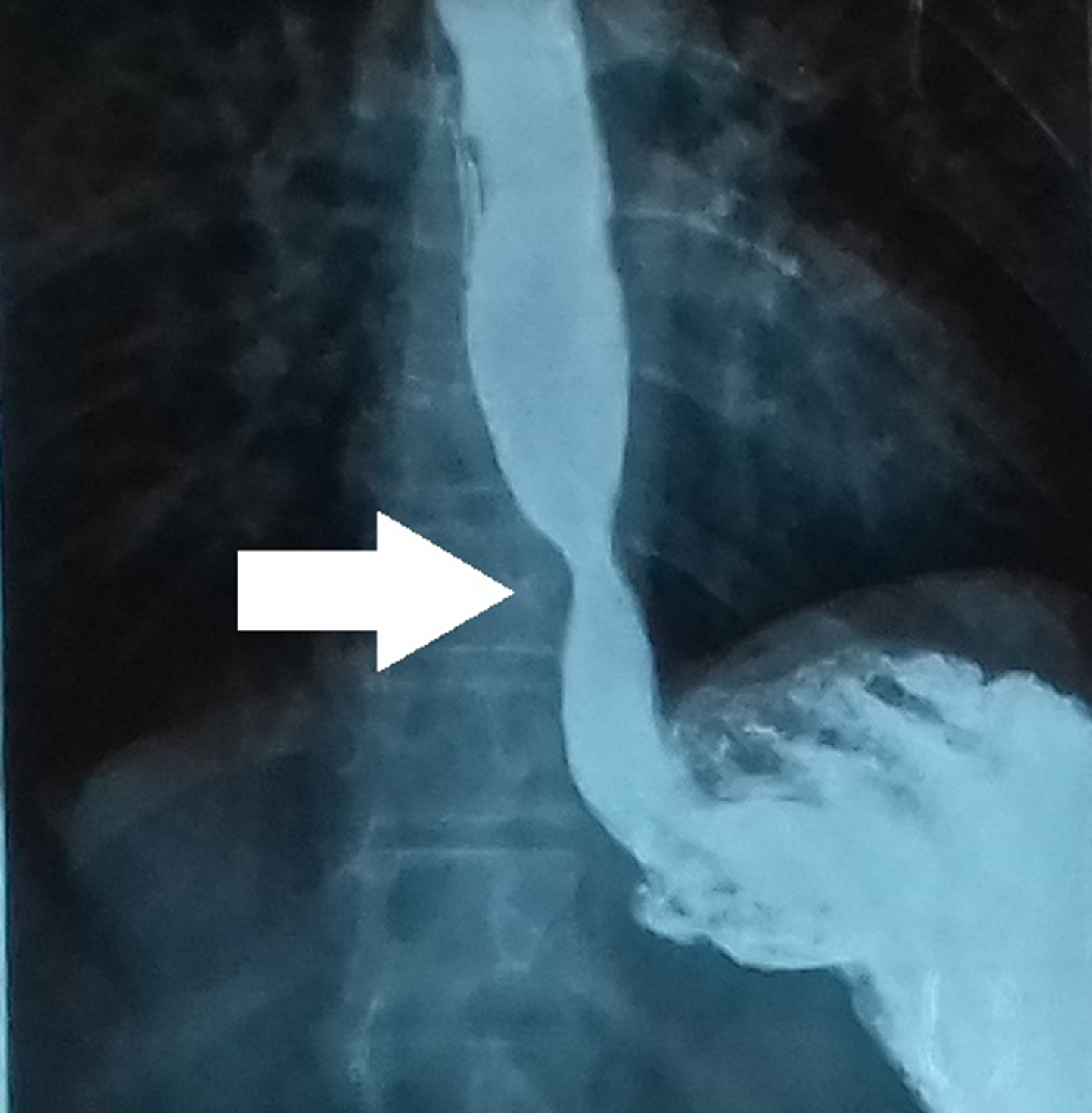 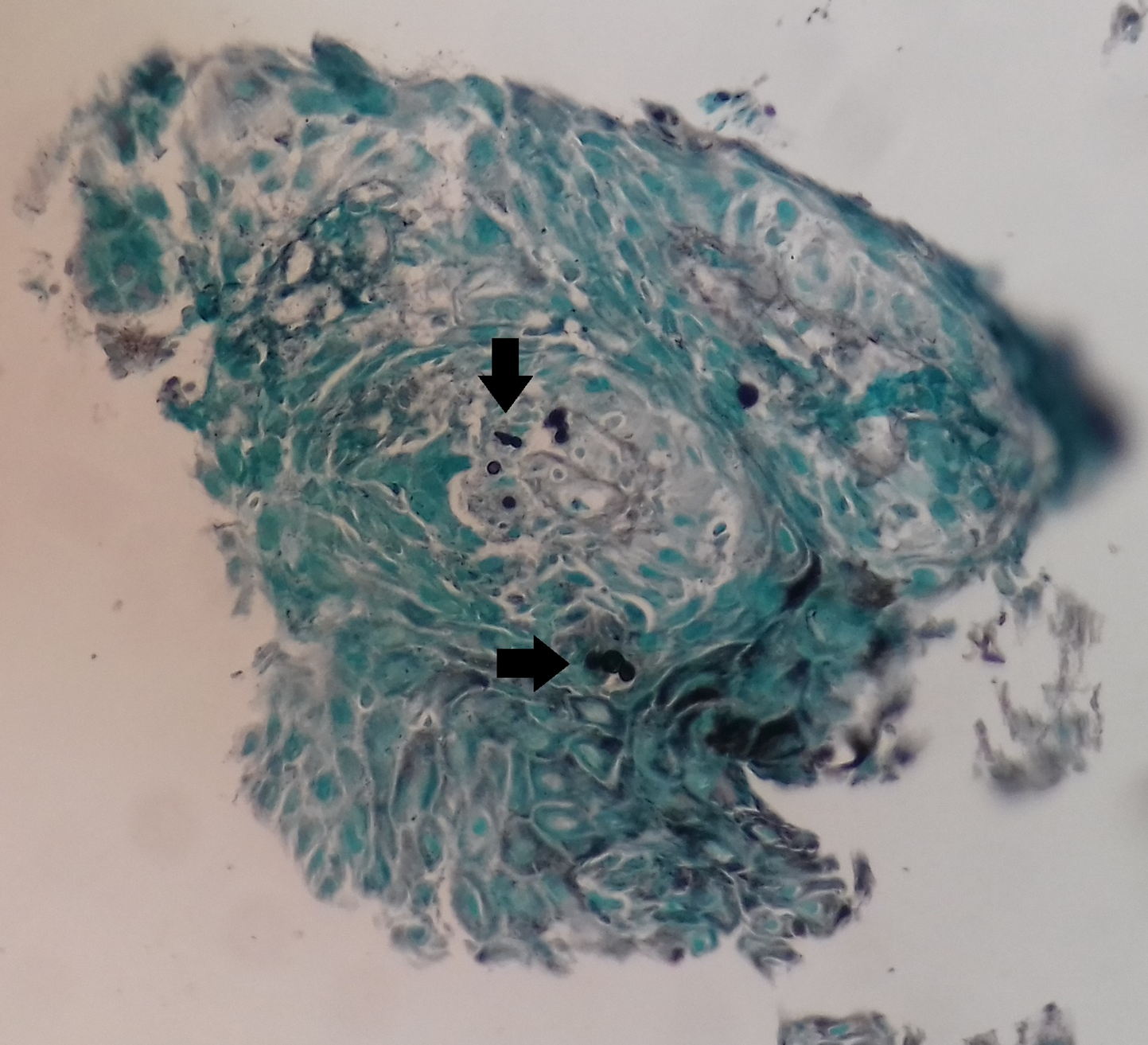