Case Presentation: A 32 yo male presented after 1 week of high spiking fevers and a pruritic rash. Sulfamethoxazole-trimethoprim had been started 5 weeks prior. Treatment was started with antihistamines, topical steroids, and prednisone 60mg daily without improvement. Exam revealed facial edema, conjunctival injection, and diffuse erythematous papules. No vesicles or bulla and Nikolsky sign was negative. Labs were ALT of 419U/L, AST 85U/L, ALK 123U/L and WBC 12.35k with no eosinophilia. The patient was diagnosed with DRESS. Persistent pruritus continued requiring doxepin and hydroxyzine. Flaring occurred with attempts at prednisone taper. After 8 weeks of failed attempts at tapering prednisone, cyclosporine was added, without improvement. Mycophenolate mofetil was started with good control. Eight months after presentation, while still requiring immunosuppressive medications, the patient developed blurred vision and abrupt onset poliosis, with a white forelock. Consultation with a retinal expert revealed inflammatory scleritis and retinal detachment, consistent with VKHD.

Discussion: DRESS occurs between 1 in 1000 to 1 in 10,000 cases of drug exposure. Due to the broad spectrum of clinical features, a RegiSCAR scoring was developed. In our patient, features characteristic of DRESS were treatment with a known causative drug, long latency from drug initiation to symptom onset, extensive rash with facial edema, fever, leukocytosis, and hepatitis with an ALT more than twice the upper limit of normal.
DRESS has been associated with autoimmune sequalae, including type 1 diabetes, hypo- and hyperthyroidism, and the development of ANA, anti-SS A and anti-Smith antibodies. Our patient also developed Graves’ disease requiring thyroidectomy.

To our knowledge this is the first reported case of DRESS triggering VKHD. VKHD appears to be Th1 cell attack on melanocytes in genetically susceptible individuals carrying the HLA-DR4 allele. Ocular symptoms include blurred vision, pan-uveitis and retinal detachment. Other pigmented tissues can be involved including the meninges, causing neck stiffness, confusion, and headache; the inner ear, resulting in tinnitus, hearing loss and vertigo; and skin and hair leading to vitiligo and alopecia, which our patient developed (Figure 1). Known triggers of VKHD include viral illness, ocular trauma or surgery.

Autoimmune disease and specifically VKHD and DRESS may be explained by immunologic events in both conditions. In DRESS, expansion of activated T-cells is accompanied by reactivation of herpes viruses. It is speculated that cytotoxic CD8 cells directed against virus-related antigens cause the tissue damage. Similarly, in VKHD, the most accepted mechanism of disease is genetically susceptible individuals develop T-lymphocytes that damage melanocytes expressing antigens homologous to herpes virus antigens.

Conclusions: This case report broadens the spectrum of autoimmune conditions that can occur as a result of DRESS. Furthermore it strengthens the hypothesis that both DRESS and VKHD are caused by activated T-lymphocytes that attack host tissues causing end organ damage. 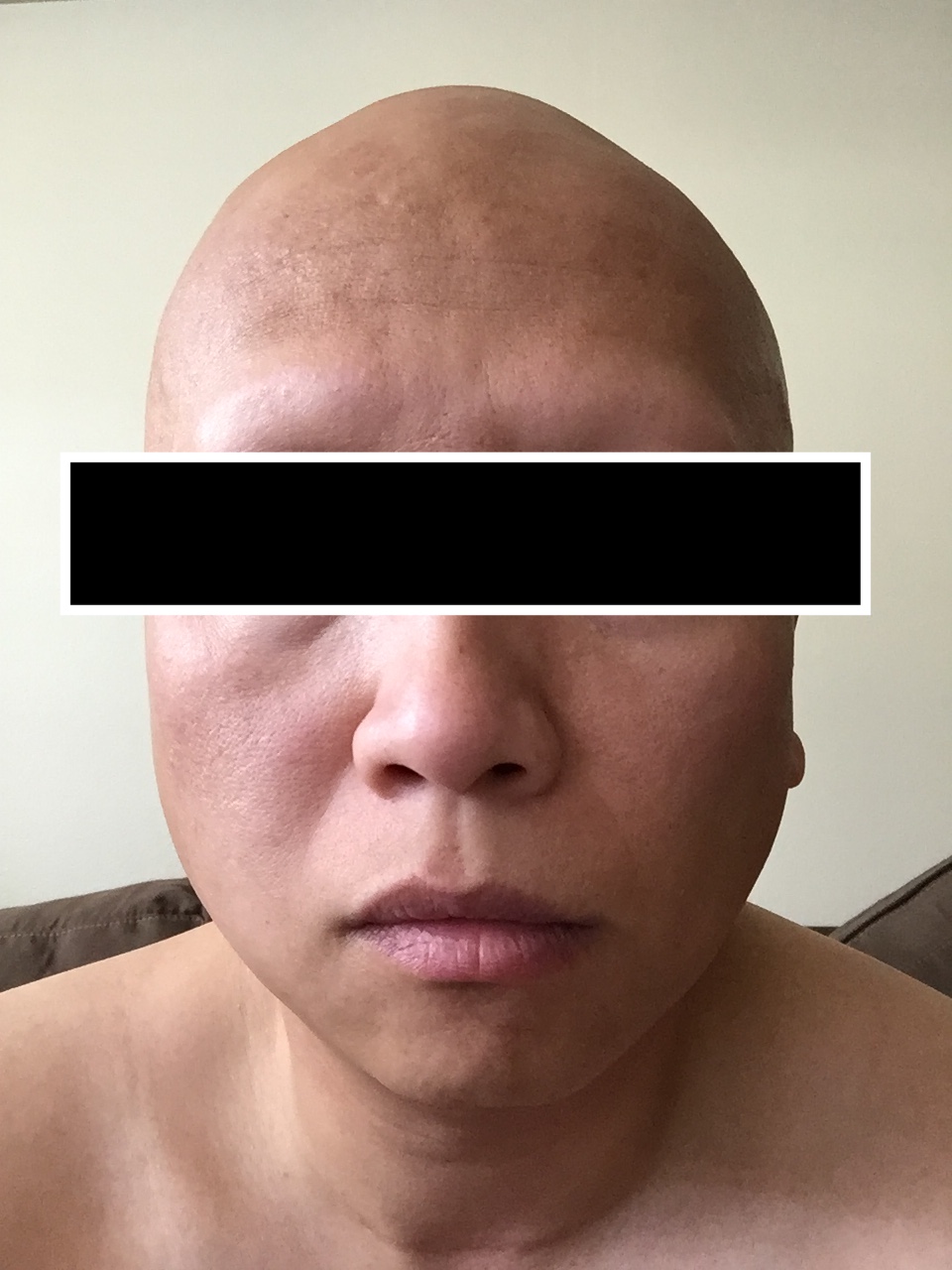